Hand made work - About the limited edition bunnies

Greyhounds4U (G4U) Monster Bunnies were specially made to raise money for the voluntary run charity. A BBQ was held in 2009 and was a great success and raised over £1,500 for the homeless hounds.

Ten limited edition bunnies were handmade at Emma's Planet to celebrate the tenth anniversary of the charity and each were put up for sale to raise some much needed money for the homeless hounds. They have now been sold and raised £195 for Greyhounds4U.

You can find out about each adopted bunny below: 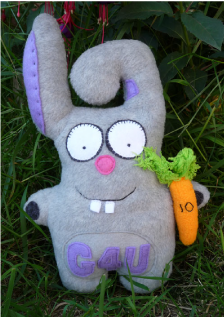 Hobbies: Exercising the Greyhounds and taking them for nice walks, playing hide and seek and eating carrots. 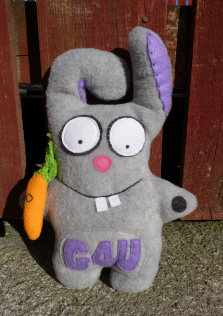 Dislikes: Fast Cars (unless he's driving), being slobbered on by Paddy and people who don’t like Greyhounds.

Hobbies: Wheeling and dealing in Carrots, going for walks with his greyhounds. Growing and eating carrots. 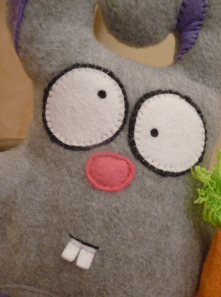 Favourite food: Anything and everything!

Hobbies: Watching TV on the couch. 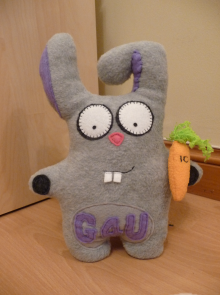 Hobbies: Sleeping and playing with Harry 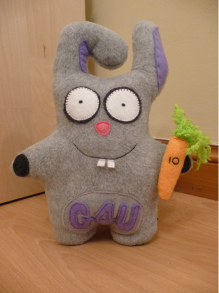 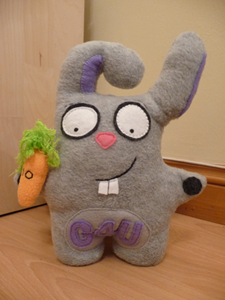 Lives with: Jean, Dave, Toby the Tortoise and Tizzie.

Hobbies: Playing hide and seek with the cat and knitting tea cosies. Toothey just loves chilling out in Hemel Hempstead with the love of his life - Jeannie Beans. 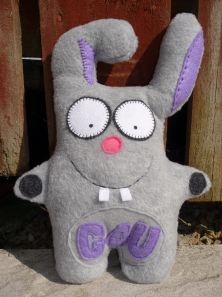 Lives with: Emma, Marty Martian, two Greyhounds Brew and Hex and the monsters.

Favourite food: Marmite on crumpets and occasionally on carrots when he’s healthy eating.

Hobbies:  Helping out in the veggie patch, flossing, going underground and grooming the greyhounds. 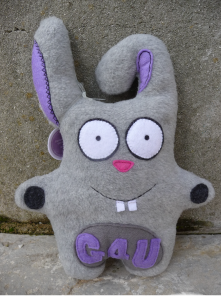 Bunny’s name: Flabbit Honeybun
(known as Flabbit to his friends)

Lives with: Julie and Steve who provide his greyhound friends (Denzil and Misty) with a never-ending supply of cocktail sausages and squeaky furry toys. 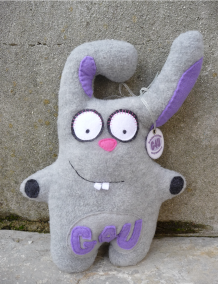 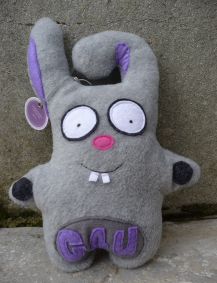 Hobbies: Going for walks with the Greyhounds and helping to fundraise much need cash to help the homeless hounds.

I would like to thank everyone that bought a bunny to help support Greyhounds4U.